I live in London. And I love it.

I grew up in Essex so London has always been a place I’ve spent a lot of time in throughout my life. I lived here for a year or so when I was an 18 year old drama student, then I moved back in 2007 and have been here ever since. I first lived with a bunch of girls in a not so nice neighbourhood in North London. I have really special memories of getting on the bus in our pjs to pick up a pizza and being broken into by someone actually cutting through the wall downstairs (we lived above a post office so I’m pretty sure we weren’t the main event.)

I moved back in 2007 to study to become a dental hygienist. I moved from Cornwall and at first I hated London, literally, hated it. Everyone was so moody, everything moved so fast, I had black bogies. I just didn’t see the appeal at all, it was just a big stinky place to me.

I met my husband here and we got married in 2009. His job is here in West London so we have lived within this small area ever since, almost seven years. During that time, I have come to adore this city. It is so vibrant and energetic and fast paced, it just has so much to offer.

I caught the end of a radio show today in which they were discussing why people choose to live in London in a tiny residence, as opposed to living outside the city and getting far more for their money. I have a lot of friends who say this to me too. They just can’t understand why I live in a tiny flat with my two kids and pay more rent than they do for their four bedroom houses. Sometimes, I ask myself that question too. But I know the answer, because it’s where we want to be right now. A lot of it has to do with my husbands job, he works less than a 20 minute walk away from where we live. How amazing is that?! He can walk to work and we get to even meet him for lunch at least once a week. Many people ask me why we don’t rent a bigger place on the outskirts and have my husband commute. This just makes no sense to me! We would pay slightly less rent, sure, but not much. We would then pay a lot of money for commuting, when right now we pay nothing. On top of all that, we would see my husband a lot less that we do now. I love it when he texts to say he’s leaving the office and I know he’ll be home in 15 minutes or so. I feel really spoilt that we have this set up, it’s not like that for most people and I feel lucky. I know that it won’t always be like this but for now, the children get to see a lot of their Daddy and I love that.

There are so many things that I love about London, I couldn’t possibly write them all. I love waking up in the morning and deciding that we are going to take the 20 minute tube ride to the Science Museum. I love walking five minutes to the most incredible, huge park that is right on our doorstep. I loved it when we had a date night the other week and went for dinner at 11pm. I love hopping on the bus and changing my mind about where to get off at the last minute just because I have so many options. 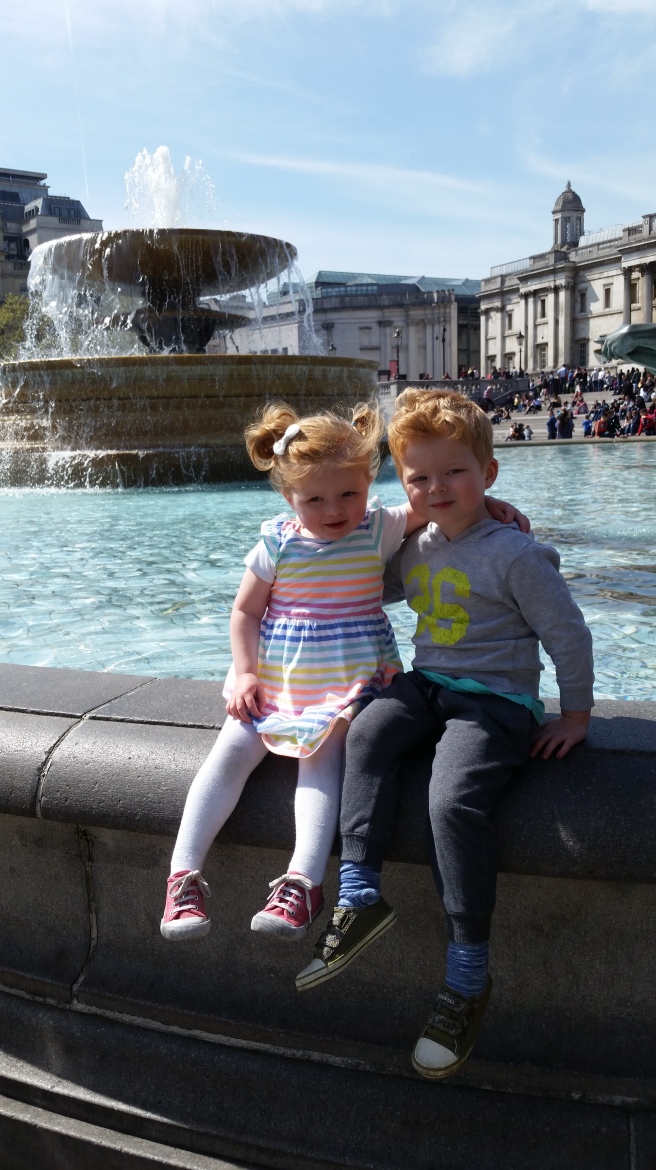 Today, it was the most beautiful sunny day. We met David for lunch by the river and then the kids and I jumped on the tube to central London. I took them to M and M World because they love it and it’s a real treat for them. They got their candy (that’s for you Americans) and then we just scooted around with no particular destination in mind. There was such a buzz in the air, I was almost skipping along! We walked past a guitarist in Leicester Square singing the most beautiful summer song. We walked all along the Mall and stopped outside Buckingham Palace to eat M and Ms and listen to the marching band. I just felt so in love with London today, and so grateful that so much is on my doorstep. 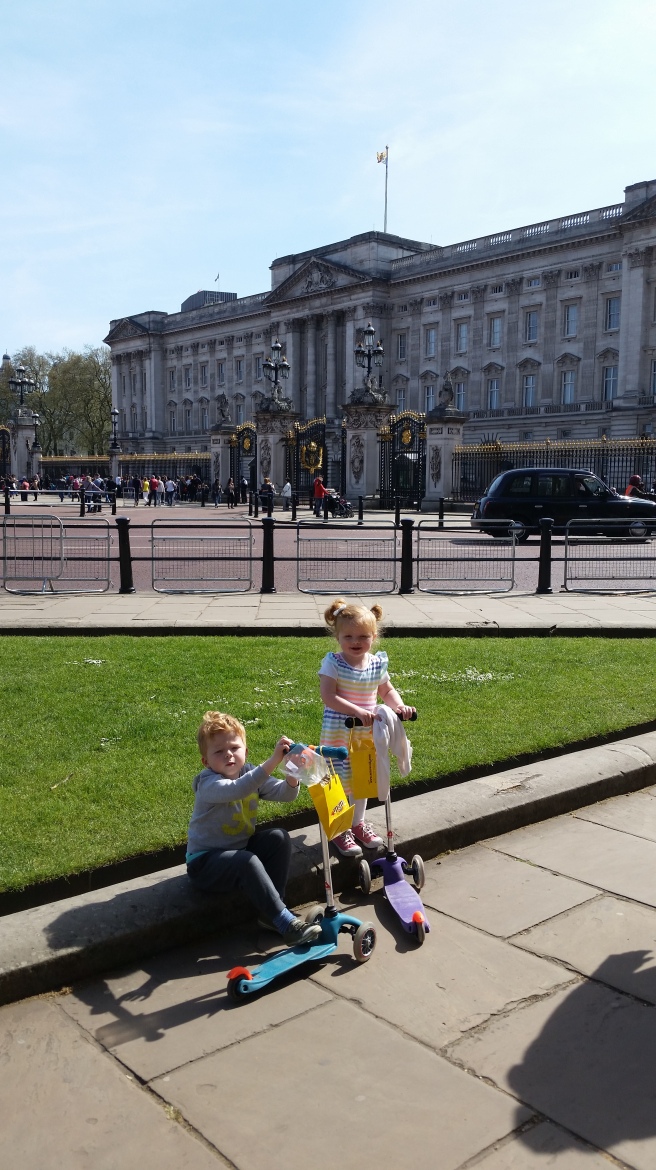 I know that we can’t live in a tiny flat forever, and often I wish we had more space. But I wouldn’t trade it right now, I really wouldn’t. It makes sense for us to be here but we are also here because we love it. When you’ve lived here, you kind of just get it and you can’t imagine living anywhere else. I can’t, anyway.

I know it’s not everyone’s cup of tea, the countryside has a lot to offer and maybe one day I’ll end up in a farm house in the middle of nowhere. Right now though, my children have some lovely experiences and I just want to soak it all up for as long as it lasts.

3 thoughts on “Why I live in London, and why I love it”